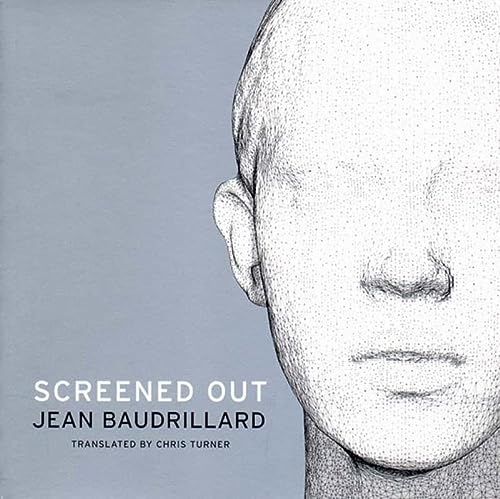 ‘Watching the president’s Christmas message produces this necropolar, white-mass sensation. Seeing the video broadcast of the Christmas service in the cathedral itself, with these pathetic screens and the young worshippers slumped around them here and there, you tell yourself that God and religion deserved better. Deserved to die, yes, but not this. However, watching the presidential figure and his sonorous inanity, you tell yourself that here at least you got what you deserved. Chirac is useless – that goes without saying – but so are we all ... Uselessness of this kind has no origin: it exists immediately, reciprocally; like a shared secret, you savour it implicitly – with its warm bitterness – particularly in these cold snaps, as the very essence of the social bond. Sanctioned by that other interactive uselessness – the uselessness of the screen.’

World-renowned for his lively and often iconoclastic reading of contemporary culture and thought, Jean Baudrillard here turns his hand to topical political debates and issues. In this stimulating collection of journalistic essays Baudrillard addresses subjects ranging from those already established as his trademark (virtual reality, Disney, television) to more unusual topics such as the Western intervention in Bosnia, children’s rights, Holocaust revisionism, AIDS, the Rushdie fatwa, Formula One racing, mad cow disease, genetic cloning, and the uselessness of Chirac. These are coruscating and intriguing articles, not least because they show that Baudrillard is – pace his critics – still susceptible and alert to influences from social movements and the world beyond the hyperreal.

Jean Baudrillard (1929–2007) began teaching sociology at the Université de Paris-X in 1966. He retired from academia in 1987 to write books and travel until his death in 2007. His many works include Simulations and Simulacra, America, The Perfect Crime, The System of Objects, Passwords, The Transparency of Evil, The Spirit of Terrorism, and Fragments, among others.