Goddard, Neville The Power of Awareness 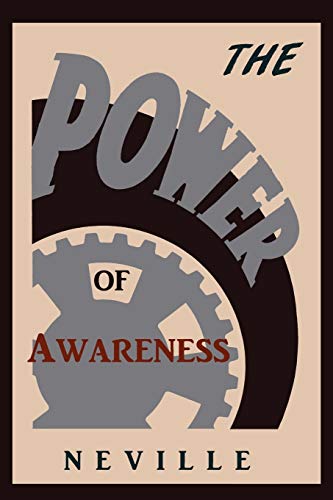 With the words, "Do not try to change people; they are only messengers telling you who you are. Revalue yourself and they will confirm the change," Goddard invites us to resist the temptation toward judgment and to look at ourselves for the change we want to see in the world an in others. "God's promise is unconditional; God's law is conditional, and comes in its own good time. If you do not experience it in this life," he said, "You pass through a door, that's all that death is, and you are restored to life instantly in a world like this, and you go on there with the same problems you had here with no loss of identity."

Neville Goddard is well known as one of the most influential teachers and writers of metaphysical work. Nevill was born on 19 February 1905 in Barbados. He was the fourth child in a family of nine boys and one girl. In 1922, Nevill came to the United States to study drama at the age of seventeen. During his entertaining tour in England as a vaudeville dancer and stage actor, he developed a great interest in metaphysics. Hence, he gave up his entertainment job and became devoted fully to the study of metaphysics and spiritual matters. Nevill gives listeners the necessary tools to understand and manifest what they desire in their lives.

The Power of Awareness (Paperback or Softback)

The Power of Awareness (Paperback)

Description du livre Paperback. Etat : New. Language: English. Brand new Book. Reprint of 1952 first edition. Full facsimile of the original edition, not reproduced with Optical Recognition Software. Neville Lancelot Goddard was born in Barbados in 1905. He came to the United States to study drama at the age of seventeen and whilst touring with his dance company in England he developed an interest in metaphysics after striking up a conversation with a Scotsman. The Scotsman lent him a series of books on the powers of the mind. On his return he gave up the entertainment industry to devote his full attention to the study of spiritual and mystical matters. After traveling extensively throughout the United States, Neville eventually made his home in Los Angeles where, in the 1950s, he gave a series of talks on television and radio, and for many years lectured regularly to capacity audiences. In the 1960s and early 1970s, he confined most of his lectures to Los Angeles, New York, and San Francisco. In his early lectures and books, Neville dealt solely with what he called The Law, the technique of creating one's physical reality through imagining. It is this portion of his expression that most closely accords with the teachings of the New Thought movement. In 1959 he began to experience what he called The Promise. In the latter part of the 1960s and early 1970s Neville gave more emphasis to The Promise than to The Law. One could use imaginal power to change one's circumstances, he said, but it would be temporary, ".and will vanish like smoke." He went on to explain that The Promise superseded The Law, claiming "Oh, you can use it [The Law] to make a fortune, to become known in the world, all these things are done, but, your true purpose here is to fulfill Scripture." After subordinating The Law to The Promise, he became as eager to hear accounts by those who had experienced The Promise, and sharing such accounts, as he had earlier of those with The Law. The Power of Awareness attempts to demonstrate how to use our mind to realize our wishes. As such, it is an important part of the larger New Thought Movement, in which Neville holds a prominent place. N° de réf. du vendeur AAV9781891396809

THE POWER OF AWARENESS

Description du livre Etat : New. Dieser Artikel ist ein Print on Demand Artikel und wird nach Ihrer Bestellung fuer Sie gedruckt. &Uumlber den AutorNeville Goddard is well known as one of the most influential teachers and writers of metaphysical work. Neville was born on 19 February, 1905 in Barbados. He was the fourth child in a family of nine boys and one girl. . N° de réf. du vendeur 4292478