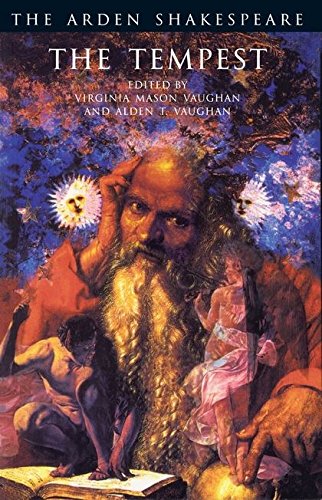 'If you are looking for a model edition - by which I mean one that is concerned to honour the text and to explain the processes involved in editing - this is it. If I were ever again to undertake the editing of a Shakespeare play, I would keep Lindley's edition of The Tempest open beside me.' Peter Thompson

'David Lindley's Tempest is the best edition on the market and the paperback is a snip.' Studies in Theatre and Performance

'Lindley aims both to represent and to explain the range of readings given the play in its theatrical and critical afterlives. His edition meets the high standards of the series in an exemplary manner, offering an especially fine introduction that focuses on the elusiveness of The Tempest, a feature that has made it central to late-twentieth-century criticism.' Barbara Hodgdon, Studies in English Literature

'David Lindley's edition of The Tempest is easily the most outstanding version of this ostensibly straightforward yet hugely teasing play produced over the last thirty years. Its precise and scrupulous commentary notes are careful to the variety of ways the text can be spoken on stage. Its notes on the music and songs are admirably evocative, and its economical account of the huge range of critical views will send thousands of readers out in fruitful chases after the play's own multitudinous interests.' Andrew Gurr, editor of New Variorum 'Tempest'

John Dover Wilson's New Shakespeare, published between 1921 and 1966, became the classic Cambridge edition of Shakespeare's plays and poems until the 1980s. The series, long since out-of-print, is now reissued. Each work is available both individually and as a set, and each contains a lengthy and lively introduction, main text, and substantial notes and glossary printed at the back. The edition, which began with The Tempest and ended with The Sonnets, put into practice the techniques and theories that had evolved under the 'New Bibliography'. Remarkably by today's standards, although it took the best part of half a century to produce, the New Shakespeare involved only a small band of editors besides Dover Wilson himself. As the volumes took shape, many of Dover Wilson's textual methods acquired general acceptance and became an established part of later editorial practice, for example in the Arden and New Cambridge Shakespeares.