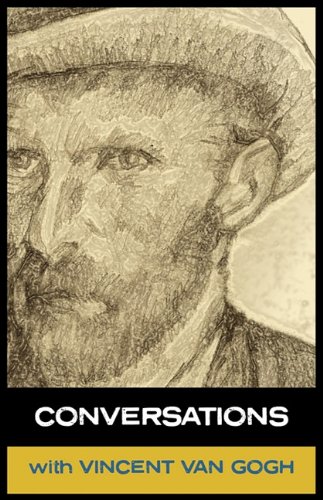 1. Conversations with Van Gogh: In His Own Words (Hardback)

Description du livre Hardback. Etat : New. Language: English. Brand new Book. 'Conversations with Van Gogh' is an imagined conversation with this remarkable figure. But while the conversation is imagined, Van Gogh's words are not; they are all authentically his. ' Vincent van Gogh is best known for two things - his sunflowers and his ear-cutting. But there are many other ways of knowing this remarkable son of a Dutch pastor, who left his chill homeland for the sunshine of Arles in the South of France; and left us over a thousand frank letters of struggle and joy, to help us glimpse his inner world. Vincent came late to painting after spending time in London trying to be a Christian missionary. And though he is now amongst the most famous artists on earth, in his day, no one saw him coming - apart from one French art critic called Aurier. It is possible he never sold one of his paintings in his life time. When he discovered the sun in Arles, he also discovered energy. Yellow for him was the colour of hope, and in his last two years he painted almost a canvass a day. But hope ran out on July 27th, 1890 when he shot himself, aged 37. He was at this time six months out of a mental institution, where perhaps he experienced his greatest calm. Vincent compared himself to a stunted plant; damaged by the emotional frost of his childhood. 'Speaking with Vincent - which he insists on being called - was a privilege, ' says Simon Parke. 'He's endlessly fascinating, contradictory, moving, funny, insightful and tragic. There's a fury in him; but also a great kindness. He found harmony in human relationships elusive; his love life was a painful shambles. But with colour, he was a harmonic genius, and he has much to say about this. And here's the thing: for a man who killed himself - he died in the arms of his brother on July 29th - spending time with him was never anything but life-affirming.'. N° de réf. du vendeur LHB9781907661303

3. Conversations with Van Gogh In His Own Words

7. Conversations with Van Gogh In His Own Words