The Bluffer's Guide to Cars 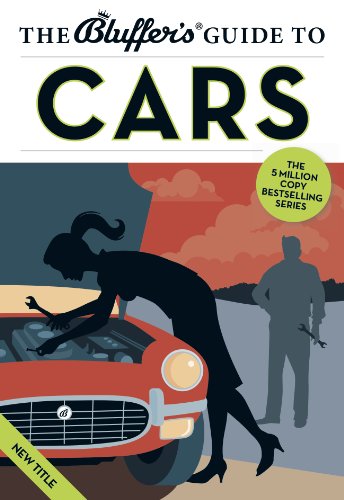 Motoring writer Martin Gurdon s first car cost 5p, but then it was a present from his dad. He s since owned about 80 more in various states of dilapidation. In the 1960s and early 1970s he grew up in a household where bits of car that had started off under a bonnet often ended up on his mother s kitchen table, and where the luggage for one family holiday included a spare gearbox, which was fitted to the car before they came home. As the years passed, Martin decided that writing about cars would be more fun than fixing them, so he became a motoring journalist. He s written for The Independent, The Daily Telegraph, Octane, and Classic Cars magazine, where he spent six years as a columnist. He also writes road tests for the Evening Standard. He currently owns a 1951 Bristol 401 which doesn t go, and a 12-year-old Toyota Avensis estate, which is achingly dull but never goes wrong.

Martin's knowledge of cars is both extensive and peculiar nobody knows so much weird stuff. This is a must-read book for anyone who claims to be a car expert and is guaranteed to keep you smiling over every page --Quentinn Wilson, TV presenter and Motoring Expert

If universities offered courses in cars, Martin Gurdon would be the Regius Professor at a delightfully eccentric Oxbridge college. Enlightening and funny, yet savagely critical and perceptive. --Jon Bentley, The Gadget Show, Presenter

Martin enjoys writing about cars more than driving them, so fully appreciates that you won t be remotely interested unless he can make cars interesting, supply you with surprising facts with which to win a pub quiz, or even snippets to recount over the dinner table without driving your fellow diners to drink. --Honest John, Motoring Agony Uncle, The Daily Telegraph

2. The Bluffer's Guide to Cars