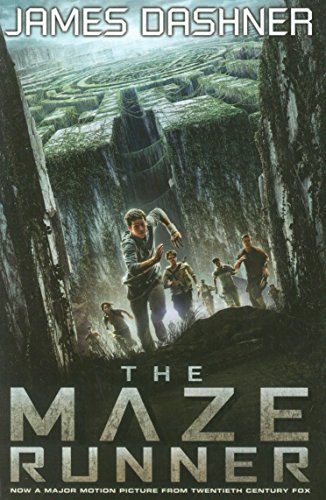 Chapter 1
He began his new life standing up, surrounded by cold darkness and stale, dusty air.
Metal ground against metal; a lurching shudder shook the floor beneath him. He fell down at the sudden movement and shuffled backward on his hands and feet, drops of sweat beading on his forehead despite the cool air. His back struck a hard metal wall; he slid along it until he hit the corner of the room. Sinking to the floor, he pulled his legs up tight against his body, hoping his eyes would soon adjust to the darkness.

With another jolt, the room jerked upward like an old lift in a mine shaft.

Harsh sounds of chains and pulleys, like the workings of an ancient steel factory, echoed through the room, bouncing off the walls with a hollow, tinny whine. The lightless elevator swayed back and forth as it ascended, turning the boy's stomach sour with nausea; a smell like burnt oil invaded his senses, making him feel worse. He wanted to cry, but no tears came; he could only sit there, alone, waiting.

My name is Thomas, he thought.

That... that was the only thing he could remember about his life.

He didn't understand how this could be possible. His mind functioned without flaw, trying to calculate his surroundings and predicament. Knowledge flooded his thoughts, facts and images, memories and details of the world and how it works. He pictured snow on trees, running down a leaf-strewn road, eating a hamburger, the moon casting a pale glow on a grassy meadow, swimming in a lake, a busy city square with hundreds of people bustling about their business.

And yet he didn't know where he came from, or how he'd gotten inside the dark lift, or who his parents were. He didn't even know his last name. Images of people flashed across his mind, but there was no recognition, their faces replaced with haunted smears of color. He couldn't think of one person he knew, or recall a single conversation.

The room continued its ascent, swaying; Thomas grew immune to the ceaseless rattling of the chains that pulled him upward. A long time passed. Minutes stretched into hours, although it was impossible to know for sure because every second seemed an eternity. No. He was smarter than that. Trusting his instincts, he knew he'd been moving for roughly half an hour.

Strangely enough, he felt his fear whisked away like a swarm of gnats caught in the wind, replaced by an intense curiosity. He wanted to know where he was and what was happening.

With a groan and then a clonk, the rising room halted; the sudden change jolted Thomas from his huddled position and threw him across the hard floor. As he scrambled to his feet, he felt the room sway less and less until it finally stilled. Everything fell silent.

A minute passed. Two. He looked in every direction but saw only darkness; he felt along the walls again, searching for a way out. But there was nothing, only the cool metal. He groaned in frustration; his echo amplified through the air, like the haunted moan of death. It faded, and silence returned. He screamed, called for help, pounded on the walls with his fists.

Thomas backed into the corner once again, folded his arms and shivered, and the fear returned. He felt a worrying shudder in his chest, as if his heart wanted to escape, to flee his body.

"Someone... help... me!" he screamed; each word ripped his throat raw.

A loud clank rang out above him and he sucked in a startled breath as he looked up. A straight line of light appeared across the ceiling of the room, and Thomas watched as it expanded. A heavy grating sound revealed double sliding doors being forced open. After so long in darkness, the light stabbed his eyes; he looked away, covering his face with both hands.

"Look at that shank."

Thomas was hit with a wave of confusion, blistered with panic. The voices were odd, tinged with echo; some of the words were completely foreign--others felt familiar. He willed his eyes to adjust as he squinted toward the light and those speaking. At first he could see only shifting shadows, but they soon turned into the shapes of bodies--people bending over the hole in the ceiling, looking down at him, pointing.

And then, as if the lens of a camera had sharpened its focus, the faces cleared. They were boys, all of them--some young, some older. Thomas didn't know what he'd expected, but seeing those faces puzzled him. They were just teenagers. Kids. Some of his fear melted away, but not enough to calm his racing heart.

Someone lowered a rope from above, the end of it tied into a big loop. Thomas hesitated, then stepped into it with his right foot and clutched the rope as he was yanked toward the sky. Hands reached down, lots of hands, grabbing him by his clothes, pulling him up. The world seemed to spin, a swirling mist of faces and color and light. A storm of emotions wrenched his gut, twisted and pulled; he wanted to scream, cry, throw up. The chorus of voices had grown silent, but someone spoke as they yanked him over the sharp edge of the dark box. And Thomas knew he'd never forget the words.

"[A] mysterious survival saga that passionate fans describe as a fusion of Lord of the Flies, The Hunger Games, and Lost."—EW.com

[STAR] “James Dashner’s illuminating prequel [The Kill Order] will thrill fans of this Maze Runner [series] and prove just as exciting for readers new to the series.”—Shelf Awareness, Starred

"Take a deep breath before you start any James Dashner book."-Deseret News

Description du livre Chicken House, 2014. Paperback. Etat : Used; Good. Dispatched, from the UK, within 48 hours of ordering. This book is in good condition but will show signs of previous ownership. Please expect some creasing to the spine and/or minor damage to the cover. N° de réf. du vendeur CHL996943

Description du livre Paperback. Etat : Very Good. The book has been read, but is in excellent condition. Pages are intact and not marred by notes or highlighting. The spine remains undamaged. N° de réf. du vendeur GOR006105354

Description du livre Chicken House, 2014. Paperback. Etat : Used; Good. **Simply Brit** Shipped with Premium postal service within 24 hours from the UK with impressive delivery time. We have dispatched from our book depository; items of good condition to over ten million satisfied customers worldwide. We are committed to providing you with reliable and efficient service at all times. N° de réf. du vendeur 1605929

Description du livre Chicken House, 2014. Paperback. Etat : Used; Good. Page colour - ?discoloured in accordance with book age. **Simply Brit** Shipped with Premium postal service within 24 hours from the UK with impressive delivery time. We have dispatched from our book depository; items of good condition to over ten million satisfied customers worldwide. We are committed to providing you with reliable and efficient service at all times. N° de réf. du vendeur 2802864

Description du livre Chicken House, 2014. Paperback. Etat : Used; Good. **SHIPPED FROM UK** We believe you will be completely satisfied with our quick and reliable service. All orders are dispatched as swiftly as possible! Buy with confidence!. N° de réf. du vendeur 1857850

Description du livre Chicken House, 2014. Paperback. Etat : Good. All orders are dispatched the following working day from our UK warehouse. Established in 2004, we have over 500,000 books in stock. No quibble refund if not completely satisfied. N° de réf. du vendeur mon0001985277