Medieval Pilgrimage: With a survey of Cornwall, Devon, Dorset, Somerset and Bristol 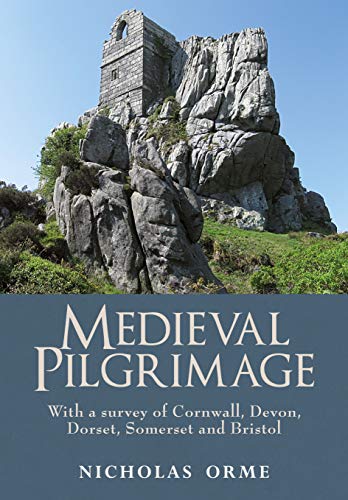 Pilgrimage was popular throughout medieval England until it was suppressed at the Reformation. This book explains how it originated, what it involved, and what it meant to those who practised it. Normally it is imagined in terms of long journeys to famous places in England or Christendom. In fact most pilgrimages were short ones, made to hundreds of nearby shrines and images. This study breaks new ground by exploring the subject through these local journeys and reveals the places that most people visited for most of the time. It shows who went, where and why they went, and what they experienced when they got there. The general study is followed by a detailed survey of the whole of the West of England: from Bristol to the Scillies and back to east Dorset. It lists over 80 sites, ranging from great churches like the cathedrals at Bristol, Exeter, and Wells down to small rural chapels and holy wells. Many of these sites still exist, allowing the book to be used as a guide to places to visit, where one can get a sense of what it was like to be a medieval pilgrim. The book contains four maps and forty illustrations.

Nicholas Orme is a leading English historian: the author of nearly thirty books on a notably wide range of topics including religion, childhood, schools, hospitals, social history, literature, and sport. His classic study of medieval children has been widely praised, and he has worked and published on the history of cathedrals for many years. He is an emeritus professor of history of the University of Exeter and has been elected as a corresponding fellow of the Medieval Academy of America.

1. Medieval Pilgrimage: With a survey of Cornwall, Devon, Dorset, Somerset and Bristol (Paperback)

5. Medieval Pilgrimage: With a survey of Cornwall, Devon, Dorset, Somerset and Bristol

6. Medieval Pilgrimage: With a Survey of Cornwall, Devon, Dorset, Somerset and Bristol