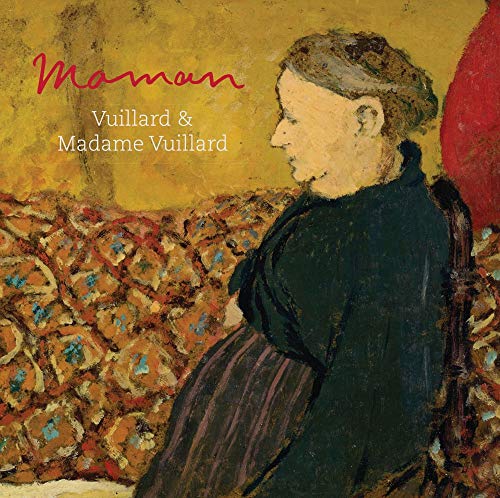 Marking 150 years since the artist's birth in 1868, this catalogue accompanies the first exhibition dedicated exclusively to Edouard Vuillard's portrayal of his mother, Madame Marie Vuillard. Few other artists have so consistently featured their mother as motif. She was a particular focus during the 1890s, when Vuillard and his widowed mother operated parallel working practices in a series of modest Parisian apartments. Their relationship provides the core theme of this catalogue, which explores Madame Vuillard as artistic and photographic muse as well as her son's everyday practical support at the core of an artistic corpus spanning 40 years.

Description du livre Paul Holberton Publishing, United Kingdom, 2018. Paperback. Etat : New. Language: English. Brand new Book. Madame Vuillard is a particular focus of the work produced during the initial decade of Edouard Vuillard's (1868 - 1940) career, the 1890s, when Vuillard was a member of the Nabis and forging an artistic identity as part of the Parisian avant-garde. During this period Vuillard and his widowed mother shared a series of modest rented apartments in central Paris in which the artist sustained a works-on-paper and (from 1897) amateur photographic practice out of his `studio-bedroom', whilst in the dining room Madame Vuillard ran the corsetry business employing a handful of seamstresses including Vuillard's sister. In these apartments Vuillard and Madame Vuillard operated mutually supportive, parallel working practices, to the extent that Vuillard put his mother and the fabric of her atelier `in the picture' whilst she posed for his pencil and camera or developed his photographs in the kitchen. Their Parisian co-habitation, and Vuillard's portrayal of his mother across a range of pictorial media, lasted until Madame Vuillard's death as an elderly woman in 1928. This mutuality of working and living practice will constitute one of the themes of this unique loan exhibition, drawn from UK and Parisian collections and featuring paintings, lithographs and other works on paper as well as photographs. It will also explore the diverse domestic roles and responsibilities of a petit-bourgeois widow at the turn of the century in works that portray Madame Vuillard as seamstress; resting after dinner; imparting maternal advice and care to her daughter; as a woman at her toilette; and as the apartment's cook and cleaner. The exhibition will also foreground Vuillard's practice as modernist artist by focusing on the maternal fi gure in relation to the specifi c formal properties of his work. These include, in the 1890s at least, the paintings' diminutive size; their shallow, simplifi ed compositional structure worked over with dense webs or matt patches of pigment; and the omission of spaces between fi gures and things. It was the intimacy (sometimes serious or witty, often banal) of their maternal motifs, the intimate formal relation between fi gure and ground and the intimateviewing conditions these small works required of their viewers that caught the attention of Vuillard's earliest critics, who in the 1890s fi rst labeled him an `intimiste' artist. This exhibition and accompanying illustrated catalogue will locate Madame Vuillard as muse, as motif andas everyday practical support at the core of Vuillard's developing Intimism; an artistic corpus spanning 40 years. The exhibition catalogue will feature an essay on Madame Vuillard's role in her son's practice by the exhibition's curator, Dr Francesca Berry, and an essay on Vuillard and photography by Mathias Chivot of the Archives Vuillard-Archives Roussel, Paris. N° de réf. du vendeur BZV9781911300465