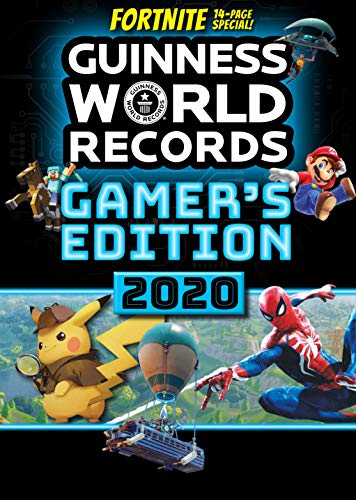 We're proud to present the 13th edition of the world's best-selling gaming annual! Gamer's 2020 features all of the most popular videogame characters that our readers know and love. As an exciting change to our usual structure, Gamer's 2020 has the theme of gaming characters running throughout. Gaming legends such as Super Mario, Spider-Man, Pikachu, Link, Master Chief, Batman, Mickey Mouse, Lara Croft and Crash Bandicoot are all honoured with their own page... and that's just the start. In all, more than 100 of gaming's most popular characters will have dedicated pages. And, if that wasn't enough, even more will be represented in the features, fact boxes and round-ups found throughout the book. The book's features will transport our readers to more legendary gaming franchises - whether they visit a galaxy far away in Star Wars, get up-to-speed on gaming's latest, greatest heroes, explore the world of e-sports, or explore the history of Assassin's Creed. Our readers will be delighted to discover our special chapter, dedicated entirely to the gaming sensation that is Fortnite. We've worked closely with the game's publisher, Epic, to celebrate the best players, the most popular equipment, and the biggest in-game events. Readers will also be able to put themselves to the test, by tackling our specially designed Reader Challenges! Gamer's 2020 has something for every gamer on the planet and remains the ultimate guide to gaming! So, press the Start button and find out why!

In 1951, Sir Hugh Beaver, the then managing director of the Guinness Brewery, went on a shooting party and became involved in an argument. Which was the fastest game bird in Europe - the golden plover or the grouse? He realized then that a book supplying the answers to this sort of question might prove popular. He was right! Sir Hugh's idea became reality when Norris and Ross McWhirter, who had been running a fact-finding agency in London, were commissioned to compile what became The Guinness Book of Records. The first edition was bound on August 27, 1955, and went to the top of the British bestseller lists by Christmas that year. Since then, Guinness World RecordsT has become a household name and the global leader in world records. No other enterprise collects, confirms, accredits and presents world record data with the same investment in comprehensiveness and authenticity.