Cicero, Kyle Under The Big Top

Under The Big Top 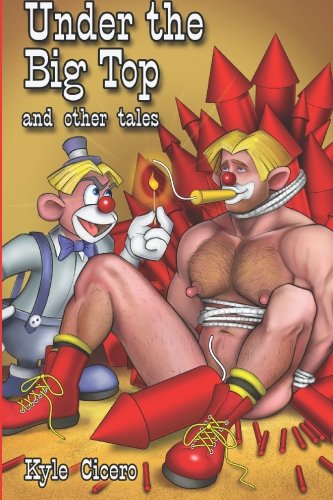 "Under the Big Top" gathers together as series of erotic tales about those hot men we fantasize about: Cops and troopers, a jungle lord, warrior kings, macho secret agents and, superheroes. An arrogant young police lieutenant finds an older cop knows how to 'beat a path to his door' and unlock some secrets while a womanizing hot state trooper learns his youthful muscles may be no match for the wiles of a foe who knows the value of a hard hand on a meaty butt combined with some tricks of mind control. A muscular white jungle lord is taught that even in his realm a smaller slight native warrior may successfully subvert his macho rule and maybe his sexuality. Read about two superheroes who succumb to latent male erotic urges after a few crafty scientists learn how to let loose long buried traits. And lastly for two macho secret agent brothers life 'under the big top' takes on a whole new meaning. Spankings, mind control, hot male on male encounters it's all inside in a world where the weak overcome the strong and straight men become the sex toys of other men. It's all here in "Under The Big Top!"

1. Under The Big Top Cicero, Kyle