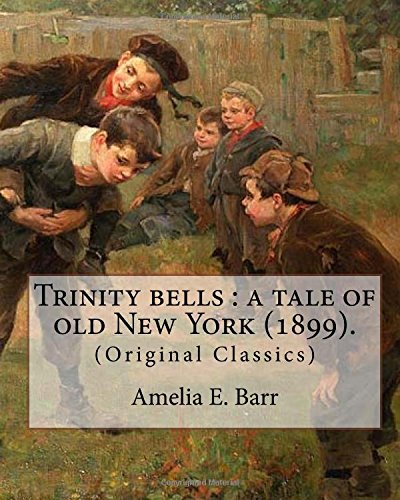 Description du livre Paperback. Etat : New. Language: English. Brand new Book. Amelia Edith Huddleston Barr (March 29, 1831 - March 10, 1919) was a British novelist and teacher. Her career is an illustration of the capacity of woman under stress of sorrow to conquer the world and be successful. Many of the plots of her stories are laid in Scotland and England. The scenes are from her girlhood recollection of surroundings. Her works include, Jan Vedder's Wife, The Border Shepherdess, Feet of Clay, Friend Olivia, The Bow of Orange Ribbon, Remember the Alamo, She Loved a Sailor, A Daughter of Fife, The Squire of Sanddal Side, Paul and Christina, Master of His Fate, The, Household of McNeil, The Last of the Macallisters, Between Two Loves, A Sister to Esau, A Rose of a Hundred Leaves, A Singer from the Sea, The Beads of Tasmer, The Hallam Succession, The Lone House, Christopher and Other Stories, The Lost Silver of Briffault. Early years and education: She was born on March 29, 1831 (1832 is also reported), in Ulverston, Lancashire, England as Amelia Edith Huddleston. Her father was Reverend William Huddleston, a Wesleyan minister.She was brought up in an atmosphere of culture and refinement, and early turned to books for recreation and instruction. When only nine years of age she became her father's companion and reader. Thus it was she read books far beyond her comprehension, but they tended to develop her mental qualities. A brief return to her father's financial stability allowed Barr to return to the Normal School in Glasgow where she learned the Stowe teaching method. Its principles are based on morality and lifelong learning, rather than learning by rote. Charles Mark Relyea (April 23, 1863 - 1932) was an American illustrator whose work appeared in magazines and popular novels in the late 19th and early 20th centuries. Relyea was a native of Albany, New York, and spent most of his early years in Rochester. He studied art under Thomas Eakins at the Pennsylvania Academy of the Fine Arts and under Frank Vincent DuMond at the Art Students League in New York City before completing his training in Paris.After returning to the United States, he made his home in New Rochelle, New York. His illustrations appeared in the children's magazine St. Nicholas, as well as magazines for broader audiences, such as Munsey's.In 1897, a publishing house chose Relyea to illustrate The RubŠiyŠt of Doc Sifers, Hoosier poet James Whitcomb Riley's poem satirizing The Rubaiyat of Omar Khayyam. Because Relyea was not from Indiana, Riley insisted that he visit the state before making his drawings, to ensure that he would not misrepresent Indiana or caricature its residents. Nį de rťf. du vendeur APC9781978390614