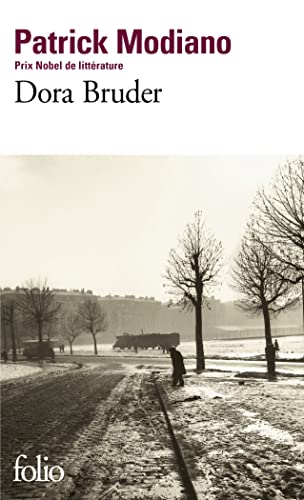 Description du livre Gallimard, France, 2001. Paperback. Etat : New. Nachdr. Language: French. Brand new Book. In 1988 Patrick Modiano stumbled across an ad between the stock market report and a story of a school visit to Marechal Petain in the personal columns of Paris Soir from December 31, 1941: "We are looking for a young girl, Dora Bruder, 15 years old, five feet tall, round face, gray-brown eyes, gray sportscoat, burgundy pullover, navy blue hat and skirt, brown athletic shoes. Send all information to Mr. and Mrs. Bruder, 41, Boulevard Ornano, Paris."Placed by the parents of a 15-year-old Jewish girl who had run away from her convent school just before New Year's Eve, this ad set Modiano on a quest to find out everything he could about Dora Bruder and why she ran away from the Catholic boarding school that had been hiding her. He found only one other official mention of her name: on a list of Jews deported from Paris to Auschwitz in September 1942.With no knowledge of Dora Bruder aside from these two records of disappearances, Modiano continued to dig for fragments from Dora's past. What little he found in official records or through remaining family members, Modiano transforms into a meditation on the immense losses of the period--lost people, lost stories, and lost history. As he tries to find connections to Dora, Modiano delivers a moving account of the ten-year investigation that took him back to the sights and sounds of Paris under the Occupation and the paranoia of the Petain regime. In his efforts to exhume her from the past, Modiano realizes that he must come to terms with the specters of his own troubled adolescence. The result is a montage of creative and historical material that unfolds as a moving rumination on loss. NḞ de réf. du vendeur KNV9782070408481