Tom Poulton: The Secret Art of an English Gentleman 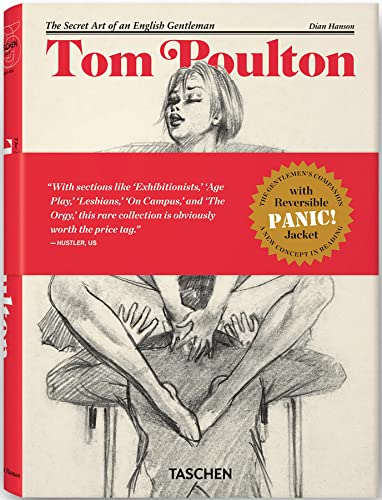 Tom's private pastime. The secret art of an English gentleman. Thomas Leycester Poulton was an English magazine and medical book illustrator, born in 1897. Upon his death in 1963 it was discovered he was also a prolific and imaginative erotic artist who produced hundreds of sketches and finished drawings of women proudly and exuberantly displaying themselves in ways shocking to conservative post-war Britain. Once one gets past the shock value it becomes clear that Poulton's greatest talent was in portraying the human body in the sexual act, and since he did it with such rare insight many have argued he must have actually witnessed the orgies he put on paper. His ties to certain players in the 1963 Profumo scandal, breaking at the time of his death, hint that he may, in fact, have been the in-house artist at the parties that rocked British Parliament. Poulton's archive remained hidden from public view until the late '90s, when it turned up among the artifacts of an aging professional yachtsman who was dispersing his vast collection of erotica.Though Tom Poulton's work tells us much about English society between 1948 and 1963, there is a universal quality to these images of joyous, uninhibited sexuality that transcends time and place.

Tom Poulton: The Secret Art of an English Gentleman

Tom poulton. THE SECRET ART OF AN ENGLISH GENTLEMAN