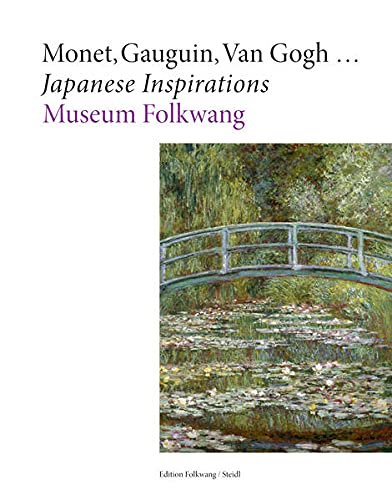 Description du livre Steidl Dap June 2015, 2015. Hardcover. Etat : New. Japanese art is of fundamental importance for the development of modern art in Europe. Nearly all of the great nineteenth-century masters-from Edgar Degas, Édouard Manet, Claude Monet, Paul Gauguin and Vincent van Gogh to Pierre Bonnard, Henri de Toulouse-Lautrec and Édouard Vuillard-embraced the charm of Japanese pictorial motifs and stylistic devices, developing them in their own work. Even Henri Matisse and Pablo Picasso expressed enduring interest in Japan well into the twentieth century. 'Monet, Gauguin, Van Gogh Japanese Inspirations' explores the most fascinating chapters of French art in the second half of the nineteenth century, in the phenomenon known as Japonisme. The catalogue and the exhibition it accompanies focus on the period between 1860 and 1910, the heyday of the craze for Japanese art in France. Alongside paintings and prints by artists active in France such as Paul Gauguin, Vincent van Gogh and Claude Monet, the volume showcases an extensive selection of Japanese color woodcut prints by Utagawa Hiroshige, Katsushika Hokusai, Kitagawa Utamaro and others. Japanese artifacts are likewise juxtaposed with works by French artists such as Félix Bracquemond, Jean Carriès and Émile Gallé, inspiring a dialogue between works rarely considered in tandem. Featuring essays by well-known authors as well as younger scholars, this comprehensively illustrated catalogue sheds light on the most important aspects of this formative epoch and the productive exploration of Japan embarked upon by artists living and working in France. NḞ de réf. du vendeur 196221