Forensis : The Architecture of Public Truth 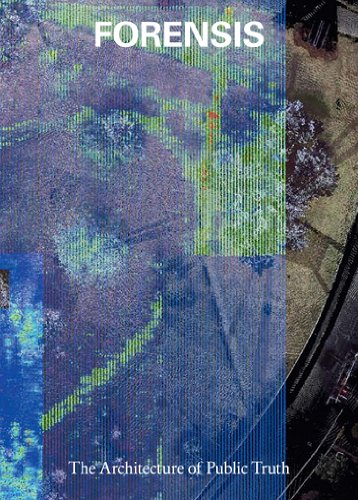 Edited by Forensic Architecture; with contributions by Lawrence Abu Hamdan, Nabil Ahmed, Maayan Amir, Hisham Ashkar & Emily Dische-Becker, Ryan Bishop, Jacob Burns, Howard Caygill, Gabriel Cuéllar, Eitan Diamond, DAAR (Decolonizing Architecture Art Residency), Anselm Franke, Grupa Spomenik, Ayesha Hameed, Charles Heller, Helene Kazan, Thomas Keenan, Steffen Krämer, Adrian Lahoud, Armin Linke, Jonathan Littell, Modelling Kivalina, Model Court, Working Group Four Faces of Omarska, Gerald Nestler, Godofredo Pereira, Nicola Perugini, Alessandro Petti, Lorenzo Pezzani, Cesare P. Romano, Susan Schuppli, Francesco Sebregondi, Michael Sfard, Shela Sheikh, SITU Research, Caroline Sturdy Colls, John Palmesino & Ann Sofi Ronnskog / Territorial Agency, Paulo Tavares, Füsun Türetken, Robert Jan van Pelt, Srdjan Jovanovic Weiss / NAO, Eyal Weizman, Ines Weizman, Chris Woods -------------------- Forensics originated from the term ''forensis'' which is Latin for ''pertaining to the forum.'' The Roman forum was a multidimensional space of negotiation and truth-finding in which humans as well as objects participated in politics, law, and the economy. With the advent of modernity, forensics shifted to refer exclusively to the courts of law and to the use of medicine, and today as a science in service to the law. The present use of forensics, along with its popular representations have become increasingly central to the modes by which states police and govern their subjects. -------------------- By returning to forensis this book seeks to unlock forensics' original potential as a political practice and reorient it. Inverting the direction of the forensic gaze it designates a field of action in which individuals and organizations detect and confront state violations. -------------------- The condition of forensis is one in which new technologies for mediating the ''testimony'' of material objects bones, ruins, toxic substances, landscapes, and the contemporary medias in which they are captured and represented are mobilized in order to engage with struggles for justice, systemic violence, and environmental transformations across the frontiers of contemporary conflict. -------------------- This book presents the work of the architects, artists, filmmakers, lawyers, and theorists who participated directly in the ''Forensic Architecture'' project in the Centre for Research Architecture at Goldsmiths University of London, as well as the work of associates and guests. It includes forensic investigations undertaken by the project and its collaborators aimed at producing new kinds of evidence for use by international prosecutorial teams, political organizations, NGOs, and the UN. It also brings together research and essays that situate contemporary forensic practices within broader political, historical, and aesthetic discourse.

Selected by the Financial Times as one of the Best Architecture & Design Books in 2014: ''This dense, provocative book proposes architecture as evidence, advocating the use of built and virtual space as a field of study in the struggle against violations of human rights. It spans the bombings in Gaza, drone strikes and the sinking of refugee boats.'' (Edwin Heathcote -- Financial Times)

''Forensis'' develops a range of innovative perspectives and methodologies for engaging with some of the most fiercely debated and potentially devastating issues in our political, social, ecological, legal and epistemological landscapes. (James Burton in ''Theory, Culture & Society'')

1. Forensis: The Architecture of Public Truth