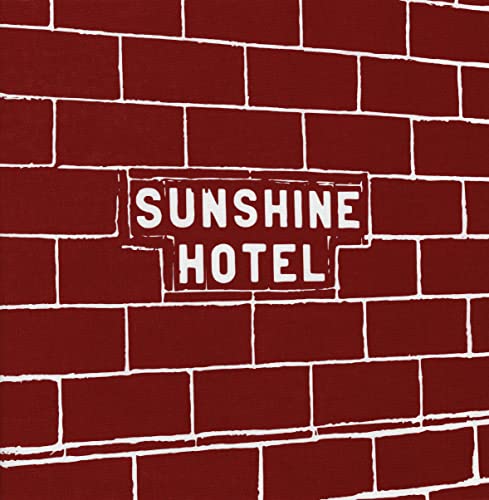 Description du livre Hardcover. Etat : New. Hardcover. America, as a place and an idea, has occupied Mitch Epstein's art for the past fi ve decades. With the first photographs he made in 1969 at 16-years-old, Epstein began confronting the cult.Shipping may be from multiple locations in the US or from the UK, depending on stock availability. 264 pages. 2.600. N° de réf. du vendeur 9783958296091

Description du livre Steidl September 2019, 2019. Hardcover. Etat : New. The promise and pathology of America in the photographs of Epstein, more than half of which are previously unpublishedAmerica, as a place and an idea, has occupied Mitch Epstein's art for the past five decades. With the first photographs he made in 1969 at the age of 16, Epstein began confronting the cultural psychology of the United States. Although he started working in an era defined by the Vietnam War, civil rights, rock and roll, and free love, he responded hardily to each radically different era that followed--from Reaganomics to surveillance after 9/11, to the current climate crisis and resurgence of white supremacy. More than a single era or issue, it is the living organism of American culture that engages Epstein; no matter how much the country changes, he describes something mysteriously and persistently American.Conceived of and sequenced by Andrew Roth, Sunshine Hotel assembles 175 photos made between 1969 and 2018--more than half of them previously unpublished. Yet the book is not simply a retrospective. It traces both the evolution of an artist and the development of a country, revealing Epstein's formal and thematic shifts in tandem with America's changing zeitgeist and landscape. Sunshine Hotel is a visual immersion that forgoes linearity and a classical layout, as it sets forth Epstein's evolving understanding of his country's pathologies and promise.A pioneer of 1970s color photography, Mitch Epstein (born 1952) has won numerous awards including the Prix Pictet, the Berlin Prize and a Guggenheim Fellowship. His work is held in collections including the Museum of Modern Art and Tate Modern, and in 2013 the Walker Art Center commissioned a theatrical rendition of his American Power series. His Steidl books include Family Business (2003), Recreation (2005), American Power (2011), New York Arbor (2013) and Rocks and Clouds (2017). Conceived of and sequenced by Roth, Sunshine Hotel assembles 175 photos made between 1969 and 2018--more than half of them previously unpublished.shed. N° de réf. du vendeur 259746