Articles liés ŕ The Devotional Poems of the Mirabai

Mirabai The Devotional Poems of the Mirabai

The Devotional Poems of the Mirabai 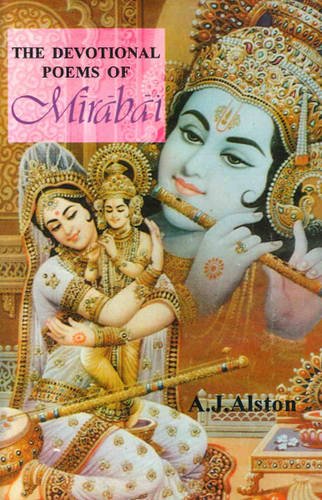 The formatting in the eBook version that I read was very poor. In the end I skipped the introduction because the poor formatting made it almost unreadable and I got irritated. That's a pity as I'm sure the introduction would have added depth to the beautiful poetry of Mirabai. While the formatting in the poetry section of this book was better, there were still some distracting typographical errors. But the mystical voice of Mirabai was strong enough to overcome this technical flaw. Her yearning for her Divine beloved, her doubts, her torments and her joys, were all displayed in language that was of the ordinary, yet carried in its tones the extraordinary that she so diligently searched for her whole life. This is the first exposure I've had to the mystical poetry of Mirabai & I'll be searching for another, better formatted eBook of her work. If this edition was re-formatted, it would be excellent, because the translation of her voice appears to be true, rather than (as in Coleman Barks' translations of Rumi) an imposition of the translator's modern style on an ancient voice. (By Judy Croome on November 19, 2012)

This book offers the reader a sober English translation of two hundred of Mirabai's Padas, based on the interpretive work of Indian scholars that has appeared during the last few decades. Three introductory essays deal with her life, her place in the Bhakti movement and the characteristics of her poetry

1. The Devotional Poems of Mirabai

2. The Devotional Poems of Mirabai (English and Hindi Edition)

3. The Devotional Poems of Mirabai (English and Hindi Edition) [Hardcover] A. J. Alston and Alston, A. J.