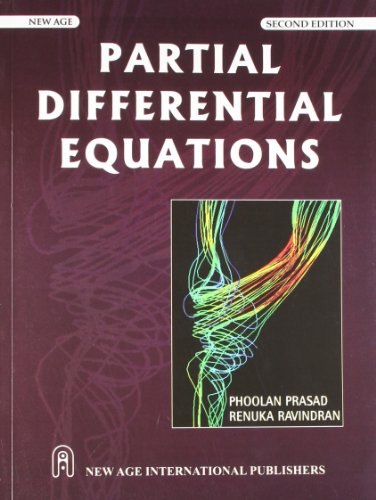 A basic look on partial differential equations. Combines both a rigorous theory and contains material needed in areas of applications. Many examples help to understand the theory deeply. Other examples from the areas of application (e.g., gasdynamics, theory of relativity) show relation between theory and physics. The book provides a basic introductory course in partial differential equations, in which theory and applications are interrelated and developed side by side. Emphasis is on proofs, which are not only mathematically rigorous, but also constructive, where the structure and properties of the solution are investigated in detail. The authors feel that it is no longer necessary to follow the tradition of introducing the subject by deriving various partial differential equations of continuum mechanics and theoretical physics. Therefore, the subject has been introduced by mathematical analysis of the simplest, yet one of the most useful (from the point of view of applications), class of partial differential equations, namely the equations of first order, for which existence, uniqueness and stability of the solution of the relevant problem (Cauchy problem) is easy to discuss. Throughout the book, attempt has been made to introduce the important ideas from relatively simple cases, some times by referring to physical processes, and then extending them to more general systems. Second order partial differential equations have been discussed in Chapter 2. Chapter 3 is devoted to hyperbolic equations in two and more independent variables and also contains sections on simple waves, and weak solutions and shocks. The book will be of immense value to a varied group of postgraduate students of mathematics and of many engineering disciplines, research scientist, and teachers in the universities. Unstarred portions of the first two chapters, and sections 3 and 5 of the Chapter 3 would form an ideal one semester introductory course (3 hours a week) for M.Sc. students in mathematics, especially applied mathematics and for M.Tech. students in engineering.

Phoolan Prasad retired as a Professor in super-time-scale from the Department of Mathematics, Indian Institute of Science, Bangalore. Presently he is an Honorary Professor and DAE Raja Ramanna Fellow in the same department. He has authored/edited a few books, the last book being his research monograph Nonlinear Hyperbolic Waves in Multidimensions published by Chapman & Hall / CRC, which is based on the research work of the group in which he has worked. Renuka Ravindran retired as Professor, Department of Mathematics and Dean, Science Faculty from the Indian Institute of Science, Bangalore in July 2005. After that she was DAAD Visiting Professor at the University of Kaiserslautern, Germany in Summer Semester 2006. Since 2006, she is Professor in the Department of Computer Science at the Atria Institute of Technology, Bangalore