Gods and Godmen of India 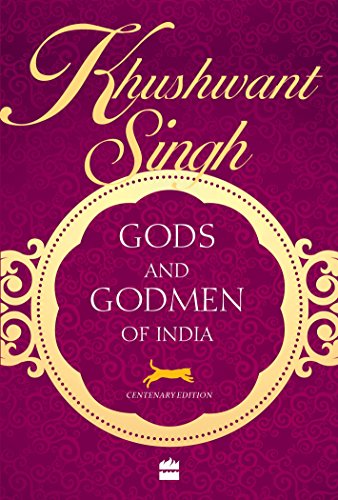 Khushwant Singh is easily the most widely read author in India today. He has done different things at different times: practiced law, diplomacy and politics, taught comparative religion at Princeton and Swarthmore, and edited the Illustrated Weekly of India and The Hindustan Times. He has also edited and translated a number of literary works. His acerbic pen, his wit and humour, and, most of all, his ability to laugh at himself, have ensured him immense popularity over the years. He was a Member of Parliament from 1980 to 1986. Among other honours, he was awarded the Padma Bhushan in 1974 by the president of India (he returned the decoration in 1984 in protest against the Union government's siege of the Golden Temple, Amritsar). He lives in New Delhi.

In this vibrant volume, Khushwant, in his inimitable style, tackles all issues related to religion, faith, blind faith, new cults, and new movements in other words, he charges like a raging bull to attack the epidemic of gods and godmen that has swept the nation in recent years. Khushwant Singh quotes liberally and with perfect ease from the Adi Granth, Adi Shankaracharya, Upanishads, Koran and other holy books to buttress his arguments.

1. Gods and Godmen of India

2. Gods And Godmen Of India

3. Gods And Godmen Of India

4. Gods And Godmen Of India

5. GODS AND GODMEN OF INDIA

7. Gods And Godmen Of India

8. Gods and Godmen of India