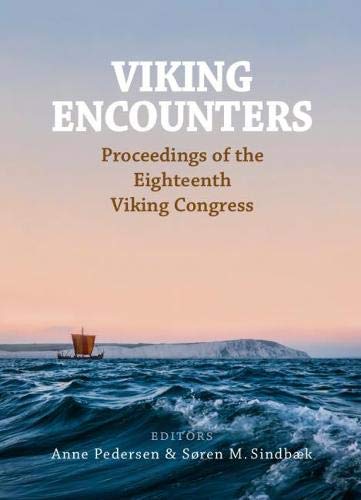 Description du livre Hardback. Etat : New. Language: English. Brand new Book. The Viking Age is marked out as a watershed for profound cultural and social changes in northern societies: from the spread of Christianity to urbanization and political centralization. Interaction across boundaries or within communities constitutes the substance of the events of this dynamic period, and is prominently reflected in the legacy of the period. The investigation of social networks and cultural encounters has formed an active focus of Viking Studies in recent years, from the mapping of geographical interaction attested by the archaeological and scientific evidence to the analysis of social relations in written records and literature. Meanwhile, the memory and heritage of the Viking Age has been a matter of profound fascination for later generations, from medieval historians and saga writers to contemporary novelists, artists and popular media. The legacy of the Viking Age maintains a strong impact in the present as a matter of pride, but also prejudice. These themes are explored and linked in this major volume, which presents the proceedings from the 18th Viking Congress, held in Denmark in 2017. Since 1946 the Viking Congress has been a common forum for current research and theories within Viking-Age studies, bringing together leading scholars in the fields of Archaeology, History, Philology, Place-name studies, Numismatics, Runology and other disciplines, including the natural sciences, relevant to the study of the Viking Age. N° de réf. du vendeur BZV9788771842654