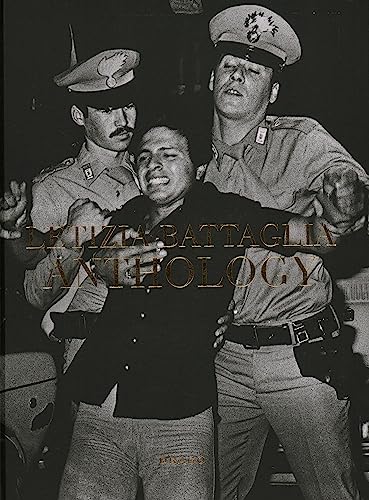 Letizia Battaglia is an Italian photographer and photojournalist. Although her photos document a wide spectrum of Sicilian life, she is best known for her work on the Mafia. Born in Palermo in 1935 and married at 16, Battaglia took up photojournalism after her divorce in 1971 while raising three daughters.

Over the years, she has documented the ferocious internal war of the Mafia, and its assault on civil society, often finding herself at the scene of several different murders in a single day. Together with her long-time partner Franco Zecchin, she has produced many of the iconic images that have come to represent Sicily and the Mafia throughout the world. In a recent interview with CNN, she described her extensive collection of photographs as an "archive of blood."

For several years, Battaglia stopped taking pictures and officially entered the world of politics. From 1985 to 1991 she held a seat on the Palermo city council for the Green Party and from 1991 to 1996 she was a Deputy at the Sicilian Regional Assembly for The Network. During this time, she was instrumental in saving and reviving the historic centre of Palermo. She has also run a publishing house, Edizioni della Battaglia, and co-founded a monthly journal for women, Mezzocielo. She is deeply involved in working for the rights of women and, most recently, prisoners.

In 1993, when prosecutors in Palermo indicted the long-serving Italian politician, Giulio Andreotti, the police searched Battaglia's archives and found two 1979 photographs of Andreotti with an important Mafioso, Nino Salvo that he had denied knowing. Aside from the accounts of turncoats, these pictures were the only physical evidence of this powerful politician's connections to the Sicilian Mafia. Battaglia herself had forgotten having taken the photograph. Its potential significance was apparent only 15 years after it was taken.