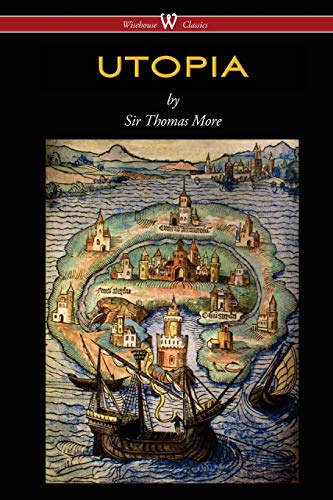 The infant was taken, within a week of its birth, to the precincts of the church; the child of wrath must be reformed into the image of God, 'the servant of the fiend' made into 'a son of joy'. At the church-door the priest asked the midwife if the child were male or female, and then made a sign of the cross on the infant's forehead, breast and right hand. He placed some salt in the baby's mouth according to custom; then the priest exorcised the devil from its body with a number of prayers, and pronounced baptism as the sole means 'to obtain eternal grace by spiritual regeneration'. The priest spat in his left hand and touched the ears and nose of the child with his saliva. Let the nose be open to the odour of sweetness. It was time to enter the church itself, the priest taking the right hand of the new-born child who had with the salt and saliva been granted the station of a catechumen.

The litanies of the saints were pronounced over the baptismal font; the priest then divided the water with his right hand and cast it in the four directions of the cross. He breathed three rimes upon it and then spilled wax in a cruciform pattern. He divided the holy water with a candle, before returning the taper to the cleric beside him. Oil and chrism were added, with a long rod or spoon, and the child could now be baptised. Thomas More, what seekest thou? The sponsors replied for the infant, Baptism. Dost thou wish to be baptised? I wish. The child was given to the priest, who immersed him three times in the water. He was then anointed with chrism and wrapped in a chrismal robe. Thomas More, receive a white robe, holy and unstained, which thou must bring before the tribunal of Our Lord Jesus Christ, that thou mayest have eternal life and live for ever and ever. The candle was lit and placed in the child's right hand, thus inaugurating a journey through this dark world which ended when, during the last rites, a candle was placed in the right hand of the dying man with the prayer, 'The Lord is my Light and my Salvation, whom shall I fear?' Whom shall this particular child fear, when it was believed by the Church that the whole truth and meaning of baptism was achieved in the act of martyrdom? 'Baptism and suffering for the sake of Christ', according to a second-century bishop, are the two acts which bring full 'remission of sins'.

It was considered best to baptise the child on the same day as its birth, if such haste were practicable, since an infant unbaptised would be consigned to limbo after its death. To leave this world in a state of original sin was to take a course to that eternal dwelling, Limbus puerorum, suspended between heaven, hell and purgatory. There the little unbaptised souls would dwell in happy ignorance beside the more formidable and haunting Limbus patrum, which contained the souls of Noah, Moses and Isaiah together with (in Dante's epic) Virgil, Aristotle, Socrates and all the good men who lived on earth before the birth, death and resurrection of Jesus. Adam had already been dragged from this place at the time of Christ's crucifixion, but there was continual debate within the Church about the consequences of denying new-born children the eternal comfort of paradise. Could a child be saved by the desire, the votum, of its parents? Thomas More himself would eventually concede only that 'those infantes be dampned onely to the payne of losse of heauen'.

In various late medieval pictures of baptism, in manuscripts and devotional manuals, the priest stands with his surplice and stole beside the font. Sometimes he seems to be balancing the infant in the palm of his hand, yet the child is so unnaturally large and alert for such an early stage in its life that we can only assume it acquired mental consciousness with its spiritual renovation. A clerk with a surplice stands behind the priest, while two sponsors and the child's father are generally seen beside the font. In some depictions of this first of the seven sacraments, an image of the dying Christ hangs behind the human scene. But the mother was rarely, if ever, present.

In the more pious households, she would have worn a girdle made out of manuscript prayer rolls in the last stages of her pregnancy, and it was customary in labour to invoke the name of St Margaret as well as the Blessed Virgin. She remained secluded after giving birth, and two or three weeks later was led out to be 'churched' or purified. When she was taken to the church, her head was covered by a handkerchief, as a veil, and she was advised not to look up at the sun or the sky. She knelt in the church while the priest blessed her and assured her, in the words of Psalm 121, that 'the sun shall not burn her by day, nor the moon by night. It was a ceremony both to celebrate the birth of the child and to give thanks for the survival of the mother. This is the late fifteenth-century world into which Thomas More was baptised.

Why buy our paperbacks?

Don't buy cheap paperbacks just to save a few dollars. Most of them use low-quality papers & binding. Their pages fall off easily. Some of them even use very small font size of 6 or less to increase their profit margin. It makes their books completely unreadable.

How is this book unique?

About Utopia By Thomas More : Illustrated

A utopia is a community or society possessing highly desirable or near perfect qualities. The word was coined by Sir Thomas More in Greek for his 1516 book Utopia (in Latin), describing a fictional island society in the Atlantic Ocean. The term has been used to describe both intentional communities that attempt to create an ideal society, and imagined societies portrayed in fiction. It has spawned other concepts, most prominently dystopia.

Description du livre Wisehouse Classics, United States, 2015. Paperback. Etat : New. Language: English. Brand new Book. UTOPIA (Libellus vere aureus, nec minus salutaris quam festivus, de optimo rei publicae statu deque nova insula Utopia) is a work of fiction and political philosophy by Thomas More (1478-1535) published in 1516 in Latin. The book is a frame narrative primarily depicting a fictional island society and its religious, social and political customs. The work begins with written correspondence between Thomas More and several people he had met on the continent: Peter Gilles, town clerk of Antwerp, and Hieronymus van Busleyden, counselor to Charles V. More chose these letters, which are communications between actual people, to further the plausibility of his fictional land. In the same spirit, these letters also include a specimen of the Utopian alphabet and its poetry. The letters also explain the lack of widespread travel to Utopia; during the first mention of the land, someone had coughed during announcement of the exact longitude and latitude. The first book tells of the traveller Raphael Hythlodaeus, to whom More is introduced in Antwerp, and it also explores the subject of how best to counsel a prince, a popular topic at the time. In the second part, Utopia is placed in the New World and More links Raphael's travels in with Amerigo Vespucci's real life voyages of discovery. He suggests that Raphael is one of the 24 men Vespucci, in his Four Voyages of 1507, says he left for six months at Cabo Frio, Brazil. Raphael then travels further and finds the island of Utopia, where he spends five years observing the customs of the natives. Most scholars see it as some kind of comment or criticism of contemporary European society, for the evils of More's day are laid out in Book I and in many ways apparently solved in Book II. Indeed, UTOPIA has many of the characteristics of satire, and there are many jokes and satirical asides such as how honest people are in Europe, but these are usually contrasted with the simple, uncomplicated society of the Utopians. Nį de rťf. du vendeur AAV9789176370605