Articles liés ŕ The Other Side of Yesterday: A Scottish Time Traveler...

McGee, Peggy The Other Side of Yesterday: A Scottish Time Traveler Novel

The Other Side of Yesterday: A Scottish Time Traveler Novel 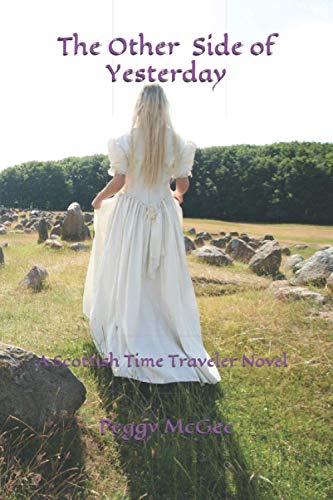 The Other Side of Yesterday: A Scottish Time Traveler Novel (Paperback)

Description du livre Paperback. Etat : New. Language: English. Brand new Book. Nurse Abigail Adams escaped an abusive marriage by joining the Army during the Mid-east conflict. However, when she obtains a head injury during an attack, a fellow soldier gives her his Scottish Clan Medal for protection while waiting for help. Abby suddenly finds herself waking up in 1820 Scotland at a Mission School. During her healing, she becomes extremely fond of the family, especially young, handsome Christian McKirk, who is the pastor and introduces her to his faith. Despite falling in love with him, a set-up by the local doctor while assisting him, finds herself in danger with the need to return through the portal she came. She wakes up in the hospital while visited by the sergeant, Kirk, who saved her. Recuperating at his mother's, they become very interested in ancestry always trying to rationalize her experiences. When her abusive ex comes back on the scene, resulting in an accident that sends her right back to Scotland to right a wrong, she finds herself in dire trouble again. Feeling torn between the past and present, she must decide where her heart and soul remains and who her true love will be while struggling to heal her physical and emotional wounds. Join Abby as she travels between two worlds and attempts to find her true self and love amidst all the chaos and confusion. N° de réf. du vendeur APC9798637869145