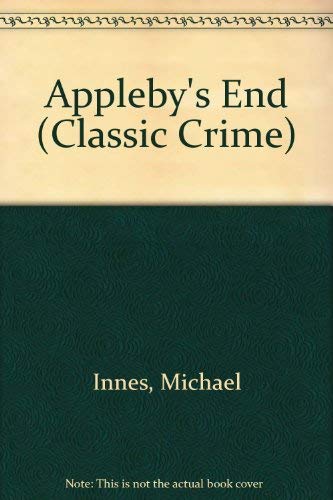 Born in Edinburgh in 1906, the son of the city's Director of Education, John Innes Mackintosh Stewart wrote a highly successful series of mystery stories under the pseudonym Michael Innes. Innes was educated at Oriel College, Oxford, where he was presented with the Matthew Arnold Memorial Prize and named a Bishop Frazer's scholar. After graduation he went to Vienna, to study Freudian psychoanalysis for a year and following his first book, an edition of Florio's translation of Montaigne, was offered a lectureship at the University of Leeds. In 1932 he married Margaret Hardwick, a doctor, and they subsequently had five children including Angus, also a novelist. The year 1936 saw Innes as Professor of English at the University of Adelaide, during which tenure he wrote his first mystery story, 'Death at the President's Lodging'. With his second, 'Hamlet Revenge', Innes firmly established his reputation as a highly entertaining and cultivated writer. After the end of World War II, Innes returned to the UK and spent two years at Queen's University, Belfast where in 1949 he wrote the 'Journeying Boy', a novel notable for the richly comedic use of an Irish setting. He then settled down as a Reader in English Literature at Christ Church, Oxford, from which he retired in 1973. His most famous character is 'John Appleby', who inspired a penchant for donnish detective fiction that lasts to this day. Innes's other well-known character is 'Honeybath', the painter and rather reluctant detective, who first appeared in 1975 in 'The Mysterious Commission'. The last novel, 'Appleby and the Ospreys', was published in 1986, some eight years before his death in 1994. 'A master - he constructs a plot that twists and turns like an electric eel: it gives you shock upon shock and you cannot let go.' - Times Literary Supplement.

Appleby's End was the name of the station where Detective Inspector John Appleby got off the train from Scotland Yard. But that was not the only coincidence. Everything that happened from then on related back to stories by Ranulph Raven, Victorian novelist - animals were replaced by marble effigies, someone received a tombstone telling him when he would die, and a servant was found buried up to his neck in snow, dead. Why did Ranulph Raven's mysterious descendants make such a point of inviting Appleby to spend the night at their house?

Description du livre Paperback. Etat : Very Good. The book has been read, but is in excellent condition. Pages are intact and not marred by notes or highlighting. The spine remains undamaged. N° de réf. du vendeur GOR004209152

Description du livre Penguin Books Ltd. Paperback. Etat : Good. A copy that has been read, but remains in clean condition. All pages are intact, and the cover is intact. The spine may show signs of wear. Pages can include limited notes and highlighting, and the copy can include previous owner inscriptions. At ThriftBooks, our motto is: Read More, Spend Less. N° de réf. du vendeur G014011517XI3N00