Articles liés ŕ Malinowski and the Work of Myth

Malinowski and the Work of Myth

Malinowski and the Work of Myth 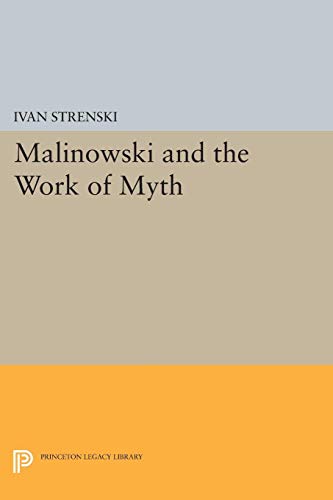 Bronislaw Malinowski (1884-1942) was a wide-ranging thinker whose ideas affected almost every branch of the social sciences. And nowhere is this impact more evident or more persistent than on the study of myth, ritual, and religion. He articulated as never before or since a program of seeing myths as part of the functional, pragmatic, or performed dimension of culture--that is, as part of activities that did certain tasks for particular human communities. Spanning his entire career, this anthology brings together for the first time the important texts from his work on myth. Ivan Strenski's introduction places Malinowski in his intellectual world and traces his evolving conception of mythology. As Strenski points out, Malinowski was a pioneer in applying the lessons of psychoanalysis to the study of culture, while at the same time he attempted to correct the generalizations of psychoanalysis with the cross-cultural researches of ethnology. With his growing interest in psychoanalysis came a conviction that myths performed essential cultural tasks in "chartering" all sort of human institutions and practices. Originally published in 1992. The Princeton Legacy Library uses the latest print-on-demand technology to again make available previously out-of-print books from the distinguished backlist of Princeton University Press. These paperback editions preserve the original texts of these important books while presenting them in durable paperback editions. The goal of the Princeton Legacy Library is to vastly increase access to the rich scholarly heritage found in the thousands of books published by Princeton University Press since its founding in 1905.

1. Malinowski and the Work of Myth