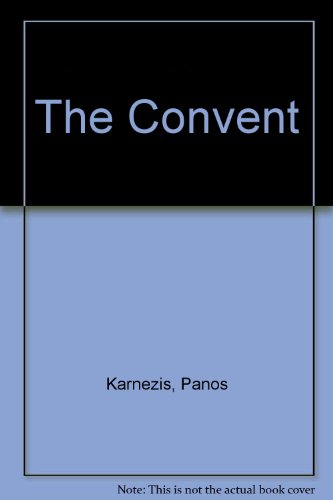 Those whom God wishes to destroy he first makes mad. Sister Lucía, the young novice, was late leaving for the city and in her hurry to get to the car did not notice the old suitcase until she had reached the bottom of the steps. It was a leather suitcase with brass corners, a wooden handle and locks covered with rust, while on its lid, which bore the signs of an unh appy life spent travelling the world, someone had cut several big round holes. At first she thought that it would be full of clothes for the poor, which people often donated to the convent, but when she looked through a hole she was so terrified by what she saw that she let out a cry and ran back inside.

At that time Sister María Inés, mother superior of the convent of Our Lady of Mercy, had finished her correspondence and sat at her desk with her eyes shut to purge her mind of mundane thoughts. Even on a bright day like this the windows barely let enough light into the room, which was both her office and living quarters. In one corner were a narrow bed with a very thin mattress and a small table with a burning vigil lamp. Several religious icons hung on the wall among patches of crumbling plaster, while in a niche stood a statue of a praying Virgin. The rest of the room was filled with chairs, armoires and other pieces of furniture that served no practical purpose: Sister María Inés had few belongings and even fewer visitors. When the young novice walked into the room the Mother Superior opened her eyes and looked at her with disappointment.

Sometimes she wished that she were with the Carthusians so that she would not have to speak. She had tried to make her nuns commit themselves to solitude and silence, but had been less successful than she would have liked. She had taken her own vows at the turn of the century, before the advent of the telephone and the radio, when it had been easier to lead a life devoted to God. Since then she had witnessed life becoming less calm and contemplative even there in the convent, despite the fact that their only means of communic ation with the outside world was the weekly trip by car to the city many miles away. Sister María Inés was the first to admit the benefits of progress, but she still believed that humankind had been given perhaps more intelligence than was necessary. With only a hint of reproach, she acknowledged the young novice and asked: ‘Is it the Wandering Jew again, Lucía?’

In the past year the girl had claimed to have seen him five times, and had rushed to ring the bell in the chapel. She had been mistaken on every occasion. They had turned out to be solitary hunters who had lost their way in the sierra or intrepid gypsies who had come to sell the nuns merchandise that no one wanted to buy in the city. The girl shook her head: it was not the Wandering Jew. Sister María Inés came to the window and looked at the bottom of the steps. A moment later she was there. She opened the locks of the old suitcase, raised the lid with a trembling hand and saw a baby lying naked on a thick layer of cotton wool that was damp with sweat, for the big holes in the lid had allowed the baby to breathe but not relieved it from the late-summer heat. It was a boy. His umbilical cord had been cut carelessly and the shrivelled piece hung down from his belly like a deflated balloon. Despite the heat and the blazing sun, he was asleep and did not even wake up when Sister María Inés lifted him out of the suitcase and carried him to her room, followed by the young novice. She wrapped the child in a clean towel and laid him on her bed. Then she said: ‘Tell me what happened.’

‘I was on my way to the car,’ the nun said. ‘The suitcase was at the bottom of the steps, Reverend Mother. I didn’t touch it.’

Sister María Inés had taught the novice to drive after Sister Beatriz, the nun responsible for driving to the city once a week, had asked to be excused from that duty. For the past month it was Sister Lucía who travelled on the road to the city more than thirty miles away to buy provisions, collect the post and keep the nuns up to date with the latest gossip. Their car, a very old Model T Ford with a retractable roof and acetylene headlights, used to belong to the Bishop, who had donated it to the convent after buying a new one.

The Mother Superior asked: ‘Did you see anyone leaving the child there?’

The Mother Superior observed the child for a moment, still unable to believe what she saw, and then dismissed the novice with a strict tone of voice: ‘Now go. And I will decide when to tell the sisters.’

When she was alone, she sat on the edge of the bed and continued to watch the sleeping baby in silence. This was one of the rare occasions in her life when she did not know what to do. She had joined the convent of Our Lady of Mercy a year after the man she wanted to marry had died in a place on the other side of the world, and had never doubted that she had made the right decision. His portrait, in white uniform, hung on the wall among the grave faces of the saints, who seemed to look at her with disapproval. She knew it verged on blasphemy, but she did not take it down even when the Bishop visited the convent to celebrate Mass with the nuns one Sunday a month. He did not mind: apart from that little lapse, Sister María Inés was an excellent servant of God. She wore the same habit as the day that she had taken her vows, and it was still in good condition, with some commendable wear at the knees after years of daily prayers. Under it she wore a simple loose garment, which neither kept her warm in winter nor cool in the summer, but protected her soul from the temptations of vanity. The soft leather soles of her shoes allowed her to appear in a room as if out of nowhere, a skill that always surprised her nuns and made Sister Lucía think of her as a closet saint with preternatural powers.

After staring at the child for a long time, Sister María Inés emerged from her contemplation and became herself again. The first thing that she had to take care of was his food. She went to the kitchen, where the nuns were preparing lunch, and asked for boiled milk, cream and sugar. The women were intrigued: Sister María Inés always warned them that eating between meals was the first step on the path to gluttony. But when they dared to ask her about the food, she silenced them with only a few words: ‘Nothing that should concern you at the moment. I will make an announcement after vespers.’

Back in her room, she mixed in a bowl a little of the milk with some of the cream and sugar, thinned the mixture down with water and added, with good sense, a few drops of cod-liver oil to fortify the newborn’s delicate health. Then she took him in her arms and began to feed him. She had never given birth herself but knew how to look after children and the sick. After she had taken her vows, she had asked to be posted in Africa, where she had spent three years in a mission hospital. She had begun as an untrained nurse, but in her spare time had studied the principles of medicine and become indispensable to the doctors. It had been gratifying work, and perhaps she would have been there still if the unexpected consequences of a malaria attack had not forced her to return to Europe at a time when Africa was starting to feel like home to her.

When she finished feeding the child, she held him against her chest and patted his back until he brought up wind. Then she put him on the bed to sleep and turned her attention to the suitcase. She examined its old locks, the lining made of the kind of cotton wool that could be bought in any pharmacy, the holes in the lid that had been cut as if the child’s life depended on them, but found no clues to the mystery. Whoever had left the suitcase on the steps of the convent had planned it well, and Sister María Inés thought with leniency that if perhaps that person had not loved the child enough to keep him, he or she at least cared that he survived.

The bell began to ring, and she considered quickly what to do. In all her years in the convent she had never missed prayers. She looked at the child for a moment and, satisfied that he would stay asleep for a while, she decided to go. She made sure that the sunlight through the windows would not fall on him, and walked softly away so as not to wake him up. When she opened the door, she came face to face with Sister Beatriz. The nun blushed.

‘What are you doing here?’ Sister María Inés asked.

‘I was on my way to the chapel. I stopped to remind you that it is time for prayer. Did you hear the bell?’

Sister María Inés looked at her with reproach. She said: ‘My ears are big enough. I do not need to be reminded. I have no intention of failing in my duties for as long as I can walk.’ She closed the door behind her softly and walked towards the stairs. She said: ‘I am glad you are joining us in prayer.’

‘A nun is not a nun unless she prays regularly.’

‘I prayed in my room, Reverend Mother.’

‘In your room,’ Sister María Inés repeated. ‘I am pleased to hear it.’

When Sister Beatriz had come to the convent, a few years earlier, it was not to join the Order but to escape the terrible influenza epidemic that had spread across the world, killing in one year more people than the Black Death in the Middle Ages and even more than the Great War. The Mother Superior had been impressed by the young woman’s humili...

Those whom God wishes to destroy he first makes mad...

The convent of Our Lady of Mercy stands alone in an uninhabited part of the Spanish sierra. Its inhabitants are devoted to God, to solitude and silence; six women cut off from the world they've chosen to leave behind.

Everything changes on the day a suitcase punctured with air-holes is discovered on the convent steps. Soon Mother Superior Maria Ines is to find the box and its contents are to have consequences beyond her imagining, and that even in her carefully protected sanctuary she is unable to keep the world, or her past, at bay.

'This fragrant, fond and faintly otherworldly novel, with its final, poignant twist, is a memorable read' The Lady

'Unexpectedly haunting, its details catching like splinters in that part of the imagination that responds to pure storytelling' Times Literary Supplement

'The Convent is at once a still, almost silent thing, and a blistering human drama... Karnezis's great skill is in evoking the haunting beauty of lost places and souls' The Times

Also by Panos Karnezis: [jpegs of The Birthday Party, Little Infamies; The Maze]