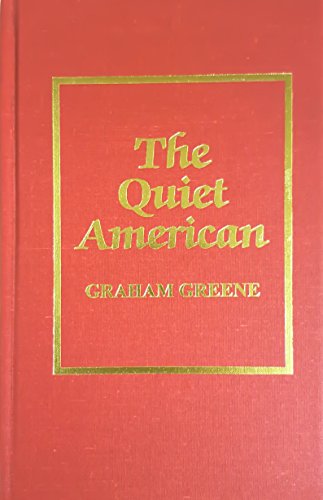 Inside my room the tree I had set up weeks ago for the Chinese New Year had shed most of its yellow blossoms. They had fallen between the keys of my typewriter. I picked them out. ‘Tu es troublÚ,’ Phuong said.

‘Did he go to see General ThÚ?’

He explained in almost unintelligible Vietnamese French that I was needed immediately — at once — rapidly — at the SuretÚ.

‘At the French SuretÚ or the Vietnamese?’

‘The French.’ In his mouth the word sounded like ‘Franþung.’

‘Sur le chung,’ he said, a little, neat, obstinate figure. There wasn’t any point in arguing, so I got up and put on my tie and shoes. Here the police had the last word: they could withdraw my order of circulation: they could have me...
PrÚsentation de l'Úditeur :

Note de l'Úditeur : il s'agit d'une Údition spÚciale reliÚe qui peut prÚsenter des pages irrÚguliÞres/mal massicotÚes. Il s'agit d'un choix de l'Úditeur et de l'auteur. "I never knew a man who had better motives for all the trouble he caused," Graham Greene's narrator Fowler remarks of Alden Pyle, the eponymous "Quiet American" of what is perhaps the most controversial novel of his career. Pyle is the brash young idealist sent out by Washington on a mysterious mission to Saigon, where the French Army struggles against the Vietminh guerrillas.

As young Pyle's well-intentioned policies blunder into bloodshed, Fowler, a seasoned and cynical British reporter, finds it impossible to stand safely aside as an observer. But Fowler's motives for intervening are suspect, both to the police and himself, for Pyle has stolen Fowler's beautiful Vietnamese mistress.

Originally published in 1956 and twice adapted to film, The Quiet American remains a terrifiying and prescient portrait of innocence at large. This Graham Greene Centennial Edition includes a new introductory essay by Robert Stone.