Ada or Ardor : A family chronicle 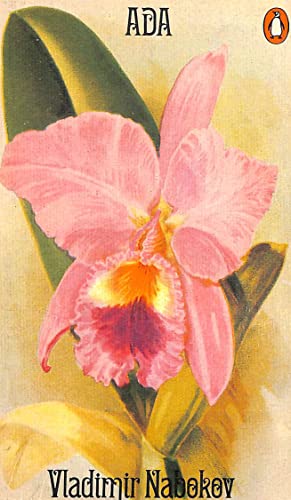 This is the first American edition to include the extensive and ingeniously  sardonic appendix by the author, written under the anagrammatic pseudonym Vivian Darkbloom.

Written in mischievous and magically flowing prose, Ada or Ardor is a romance that follows Ada from her first childhood meeting with Van Veen on his uncle's country estate, in a 'dream-bright' America, through eighty years of rapture, as they cross continents, are continually parted and reunited, come to learn the strange truth about their singular relationship and, decades later, put their extraordinary experiences into words.

1. Ada or Ardor : A Family Chronicle

Description du livre Paperback. Etat : Fair. A readable copy of the book which may include some defects such as highlighting and notes. Cover and pages may be creased and show discolouration. NḞ de réf. du vendeur GOR001590825

2. Ada, or Ardor : A Family Chronicle

3. Ada or Ardor : A Family Chronicle

Description du livre Paperback. Etat : Very Good. The book has been read, but is in excellent condition. Pages are intact and not marred by notes or highlighting. The spine remains undamaged. NḞ de réf. du vendeur GOR001157393