Ada or Ardor: A Family Chronicle 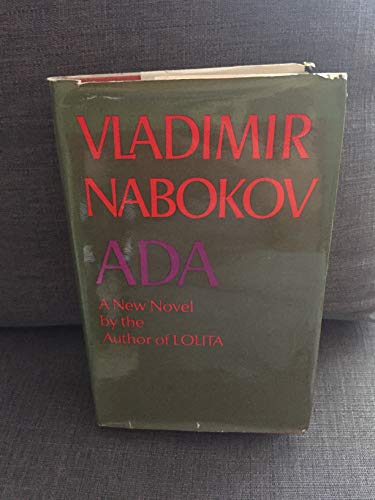 Written in mischievous and magically flowing prose, Ada or Ardor is a romance that follows Ada from her first childhood meeting with Van Veen on his uncle's country estate, in a 'dream-bright' America, through eighty years of rapture, as they cross continents, are continually parted and reunited, come to learn the strange truth about their singular relationship and, decades later, put their extraordinary experiences into words.

Vladimir Nabokov (1899-1977) was born in St Petersburg. He wrote his first literary works in Russian, but rose to international prominence as a masterly prose stylist for the novels he composed in English, most famously, Lolita. Between 1923 and 1940 he published novels, short stories, plays, poems and translations in the Russian language and established himself as one of the most outstanding Russian émigré writers.

1. Ada or Ardor: A Family Chronicle